There are about five months left until (weather and other variables permitting 🤞) we start shooting the low-budget Arthurian film project I embarked on last year. It was partly inspired by watching lots of bigger-budget ones, but I’ve been meaning to make a movie for ages, and the landscapes and locations I have to hand here on Dartmoor are perfectly suited to Arthuriana. (I had some very helpful advice early on from Elizabeth Jane Baldry, the director of Sir Lanval, another independent Arthurian project made round our parts.)

Our film is called Gwenevere, and so far I’ve mostly been working on the script, storyboarding, and sorting out locations, while co-director Sarah Reeve hones her lighting and cinematography skills. We’ve also been searching for a cast - it turns out finding actors and arranging to get them all together in one place is by far the biggest challenge. But I’m very pleased with the actors we have found: in the title role, Laura Frances Martin will play Gwenevere, wandering in the wilds after her fall from grace and power. Laura is an actress and artist based in Cornwall, and very busy with her own projects, but as soon as I saw her photo I knew she was the Gwenevere we needed. 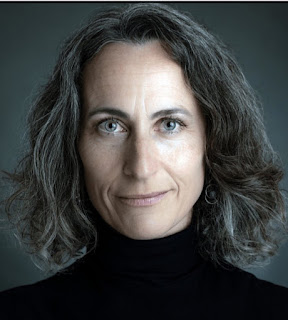 Joanna Neary will be Laudine, Gwenevere’s loyal lady-in-waiting and the film’s narrator. Jo is one of the funniest performers I’ve ever seen - check out her Wife on Earth podcast, or, if you happen to be at the Edinburgh Festival this year, her one-woman show. The film isn’t a comedy, but it needs some humour in it, and most of that will come from Jo: the whole thing was basically written around her. 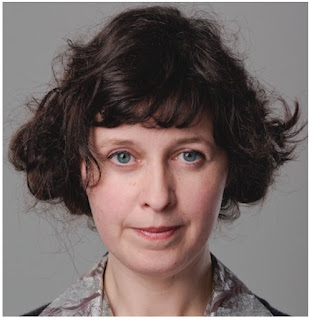 The two women are accompanied on their journey by an inexperienced and initially rather annoying young knight. He’ll be played by local actor/writer/dancer/composer and renaissance man Jonny Hibbs. 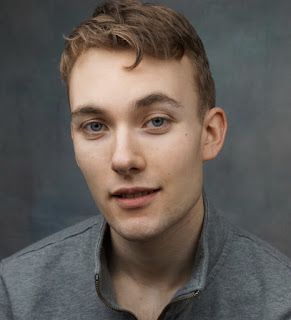 And along the way they all run into an evil, supernatural knight who is yet to be cast, but I can show you what he’ll look like because he’s SO evil and supernatural that he never takes his helmet off: I’ve been having fun this week making it look suitably ancient, like one of those rusting car wrecks you sometimes find abandoned in the woods. If you live near Widecombe and are interested in being an evil knight, we’re looking for someone with a head that will fit inside this… 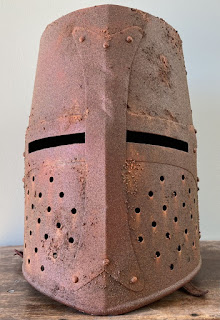 Also, local actresses Tessa Arrowsmith-Brown and Rosanna Lambert will be appearing as (respectively) the lady of a rural manor where our heroes seek shelter and as one of those mystical damsels you were forever tripping over in Arthurian Britain.

We’re aiming for a fairly traditional, mediaeval look to our Arthurian world, though since it’s set in an imaginary pocket of history located somewhere between 400 and 1500 AD we don’t have to be too scrupulous about our period detail. Luckily, writer Jaine Fenn lives in Devon and is a keen historical re-en actor as well as an author of top-notch SF and Fantasy. She’s kindly offered us a bunch of things from her collection, and even more kindly agreed to make a few items specially. Meanwhile, I’m putting in orders with suppliers of swords, helmets, and chain mail, and Sarah McIntyre has been painting us some very snazzy shields. These are the shields of defeated knights which we’ll see in the background of one scene, hanging on a tree, so we’ve made them smaller, lighter, and cheaper than the ones our on-screen knights will carry, and we’ve let Sarah get as whimsical as she wants with the heraldry. Hopefully, if they survive principal photography, people will be able to buy them to hang on their walls: they’re beautiful. 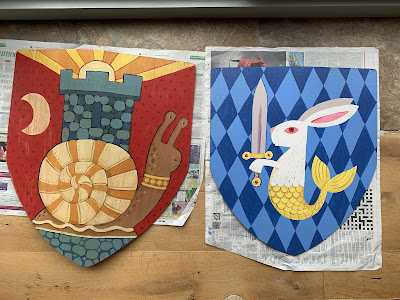 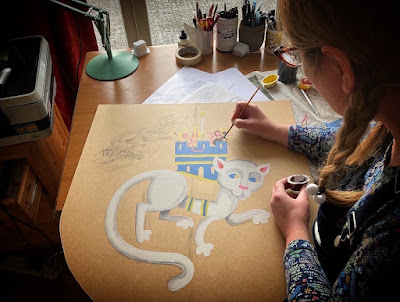 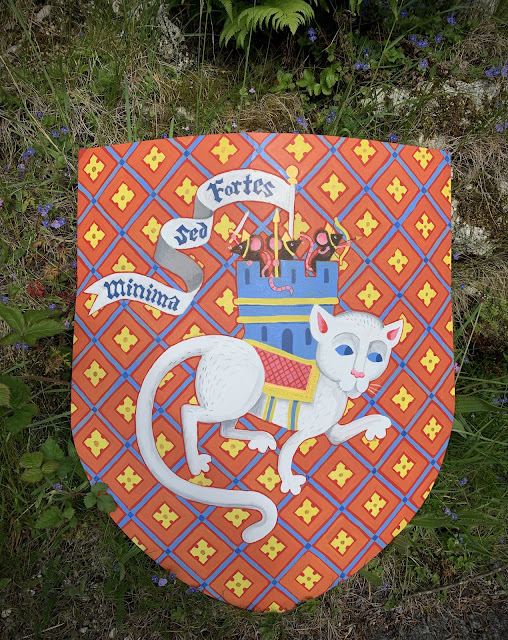 Next on the to-do list: shooting test footage, planning the shots, creating a feasible schedule, finding a friendly horse, dealing with Sarah M’s shield-painting addiction (we’re going to need a bigger tree). It’s never-ending, but very exciting. Further updates when I have some costumes to show off.