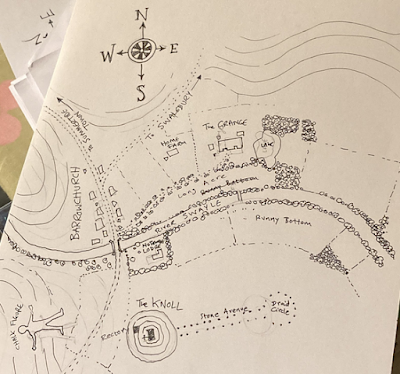 When I wrote Utterly Dark and the Face of the Deep, I thought it would be a one off, like Mortal Engines and Railhead. But, as with Mortal Engines and Railhead, I had to create a whole world for Utterly to have her adventures in, and I found I didn’t want to abandon it when the book was finished. Wildsea, the island where Utterly lives, is part of a whole archipelago, the Autumn Isles, and it seemed a good idea to send her off to visit one of the other islands. The new one is called Summertide, and where Wildsea is a granitic Cornwall/Dartmoor sort of island, Summertide is all chalk downland and much more Wiltshire/Sussex-y. It’s also big enough that the part where Utterly is staying is out of sight of the sea, and the magic she’ll encounter is land magic rather than sea magic. There are standing stones, chalk hill carvings, burial mounds, a mysterious black stag, and a sinister vicar (which is the best sort of - fictional - vicar). And there’s also a lot more about Utterly’s friends Will and Aish, and especially Egg, who gets a lot more to do in this story.

It’s called Utterly Dark and the Heart of the Wild, and it will be available in UK bookshops in September. It’s published by David Fickling Books, and once again, illustrator Paddy Donnelly has provided a superb cover and some lovely internal illustrations. 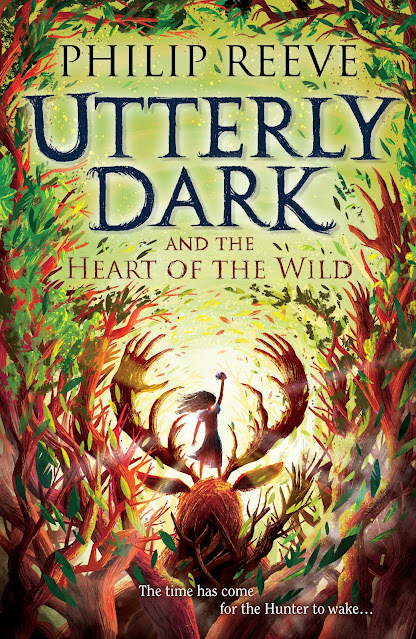