September 02, 2021
My new novel Utterly Dark and the Face of the Deep is set on the island of Wildsea, in the Autumn Isles. Which is completely made up, of course. OR IS IT? 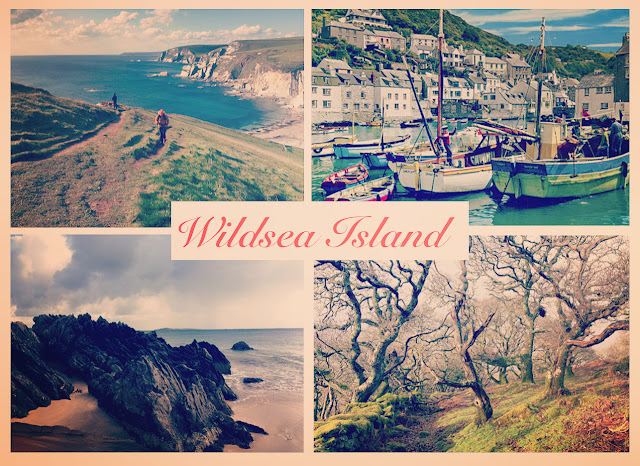 Until a few hundred years ago the Atlantic Ocean was full of islands which gradually turned out not to be islands at all. Antillia (AKA Seven Cities), Buss, St Brandan, Hy Brasil, and Mayda were all thought to exist, and crop up on early maps. In 1498 Spain’s ambassador to London reported that ‘the people of Bristol have, for the last seven years, sent out every year two, three, and four caravels in search of the islands of (Hy) Brasil and the Seven Cities’. But gradually, as sailors began making regular crossings of the Atlantic without bumping into any of those places, cartographers lost confidence in them, and they began to shift their positions on the maps, to dwindle in size, and eventually to vanish completely.
Unfortunately the Autumn Isles have suffered the same fate - although they are, of course, COMPLETELY REAL.
It’s true that they are curiously hard to locate, both geographically, geologically, and temporally - can it really be the case that actual ichthyosaurs were swimming off their shores as recently as 1820? Or that the original inhabitants of Wildsea (known locally as ‘Trolls’) first arrived on the island by walking across the frozen sea during an ice age? An archipelago of seven large and innumerable smaller islands lying somewhere between the Scillies and the southern tip of Ireland, the Autumn Isles teem with such anomalies. Perhaps this is why geographers, map-makers and ministers in the 19th Century eventually lost patience with them, and dismissed them as just another sailors’ yarn.
Wildsea, the most westerly of the islands, is also the one most steeped in myth and legend. Here, until well into the 19th Century, a Watcher was stationed, and paid a stipend by the British government, to keep watch for some mysterious ‘Hidden Lands’ which were supposed to appear sometimes on the ocean to the west. The last Watcher, William Dark (1787-18??) wrote a curious paper for the Royal Society in which he suggested that that Autumn Isles were just the easternmost fringe of a far larger archipelago which was mostly invisible to human eyes, since it existed in a different reality. (Dark’s paper, ignored in his own time, briefly attracted attention in the 1970s when the paranormal investigator Hans Stieglitz seized on it as supporting evidence for his theories about the Bermuda Triangle*.) 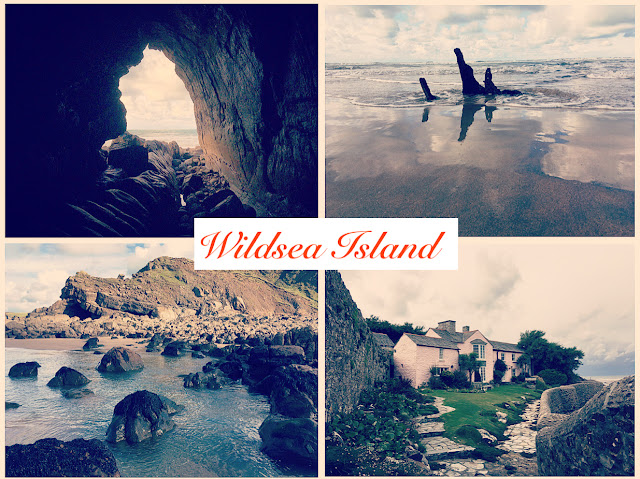 I first visited the islands on a family holiday in 1975. A roll-on-roll-off car ferry called the Autumn Princess carried us as far as the main island, Lamontane. From there, having viewed the castle and the cathedral, we made the crossing to Wildsea on a chugging foot ferry. Visitors' cars are not allowed on Wildsea, and there was really no need for any, since the island is barely twenty five miles long and eight across, and most tourists are content to spend their time in the main town, Merriport. 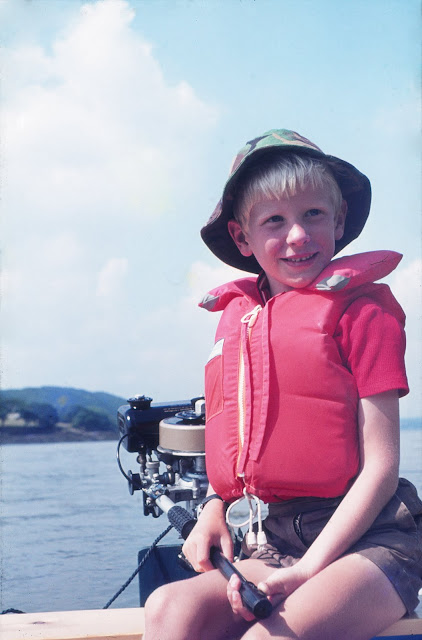 We wandered further afield, making use of the island bus to reach our hired caravan at Trollbridge and to visit the high, wooded hills of the Dizzard and swimming and boating off the glorious beaches of the east coast (above, photo by my father).
The beaches of the west coast were glorious too, but urgent red notices warned us not to swim. There were dangerous currents and other, unspecified reasons. The holiday camp at Marazea, opened in the 1950s, had closed abruptly in 1969 after a number of guests drowned. By the time I saw it, sand dunes were reclaiming the cheery pastel-painted cabins, and starting to fill the abandoned swimming pool. Tattered posters still advertised the bands from the mainland that had entertained holidaymakers a few years before - the Authorities, the Mandelbrot Set, Davey Jones and the Lower Third - nobody nine-year-old me had ever heard of, but names on posters stick in my mind from those days (the tiny cinema in Merriport was showing Jaws, which was probably another deterrent from swimming).
Near the holiday camp was Marazea Church, with its stained glass windows by Sir Valentine Dark, the artist who is probably Wildsea’s most famous son. There was a Georgian vicarage, built around 1811 to replace an earlier version which was destroyed by a ‘hurricane and waterspout’. Several deep pits in the ground nearby are known locally as 'the Gorm's footprints' after a legendary sea monster. I also recall exploring the concrete bunkers from World War 2 which dotted the nearby cliffs. They smelled of wee and were full of nettles, broken glass, and incomprehensible graffiti. Across the front of one of the emplacements someone had written 'FREE THE AUTUMN ISLES' in white spray-paint: young people from Wildsea had been coming home from university with big ideas, and there was a small but vocal independence movement.
Up on St Chyan’s Head stood the old house where the Watcher on Wildsea had once lived. It had come with the job, and I remember thinking Watcher must have been a pretty cushy job to have, since it was a charming house, with a walled garden and a peculiar tower or turret at one end. It was in a sad state of repair by the time I saw it though - it had been taken over as a radar station towards the end of the war, and the army had it still: there was no one about, but a warning about guard dogs was posted on the gate, and a lot of futuristic-looking antennae pointed towards the sea. I suppose the radar operators were the modern-day equivalents of the Watchers, although I assume they were keeping watch for Soviet Cold War shenanigans and not the Hidden Lands.
And that’s pretty much all I remember about my visit to Wildsea. The rest is just snippets - a huge old tree washed ashore on a white sand beach, a seaside ice-cream kiosk made from slabs of cream-painted concrete which looked just like the blocks of ice cream it sold (you unwrapped them from their grease-proof paper and stuffed them into square-topped cornets).
The strange thing is, when I decided a few years ago that it would be good to revisit the Autumn Isles, I found that they have no footprint on the internet at all. They don’t show up on Google maps, or in any of my atlases. No one rents out holiday cottages there, or caravans like the one my family stayed in ‘75.  No one organises photographic tours or painting retreats, despite the rugged beauty of the coastline. There are no guide books, no TV documentaries. It’s almost as if Wildsea and the other islands never existed at all. Or as if I imagined them. Or as if William Dark was right and, having never really been part of our world to start with, the Autumn Isles have quietly slipped back into their own dimension.
* See The Bermuda Triangle: Gateway to Unknown Dimensions? Stieglitz, Berkley Books, 1971)