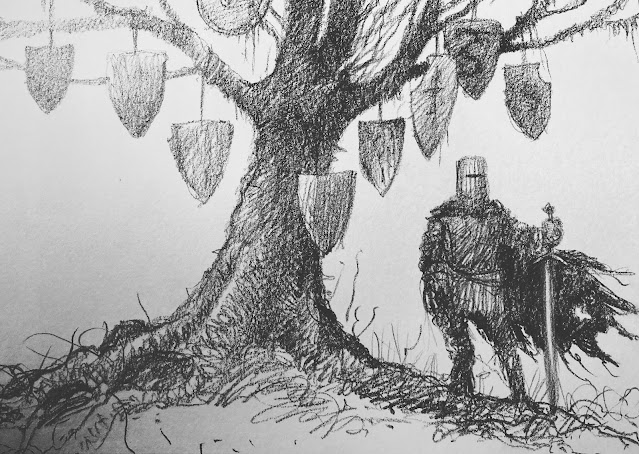 My plans for making my own Arthurian home movie are continuing apace. I’ve arranged to shoot it in the last week of October on some handy locations here on Dartmoor - all on private land, so won’t have to worry about random ramblers wandering into shot, although if you’re operating a paraglider off Chinkwell Tor that week you might feel your ears burning.

I also have a script of sorts. Having considered and rejected various traditional bits of the legends as too expensive, I’ve opted for a bracingly non-canonical tale in which Queen Gwenevere sets off on an autumnal journey accompanied by one loyal lady-in-waiting and one rather grumpy young knight: along the way she’ll have one of those perplexing supernatural encounters which always await those who venture far from Camelot. The exact nature of the perplexing supernatural encounter is a bit vague at the moment, and it’s stuffed with scenes which can be jettisoned if the micro-budget doesn’t stretch that far, but it’s enough to get started.

Director of Photography Sarah Reeve is going to be shooting it on 4K video. The last time I made a movie it was on Super 8, so it’s going to be quite the learning curve. Sarah’s busy reading up on sound recording while I scan the Historical re-enactment webstores for mail shirts and gambesons and go, ‘How much?!?’ (We could just hire costumes, I suppose, but it seems to me the fun part will be ageing and distressing them, activities which I imagine costume hire places frown upon. So I f you’re in the market for slightly battered second hand mediaeval clobber I may be selling off a rail or two once we complete photography.) 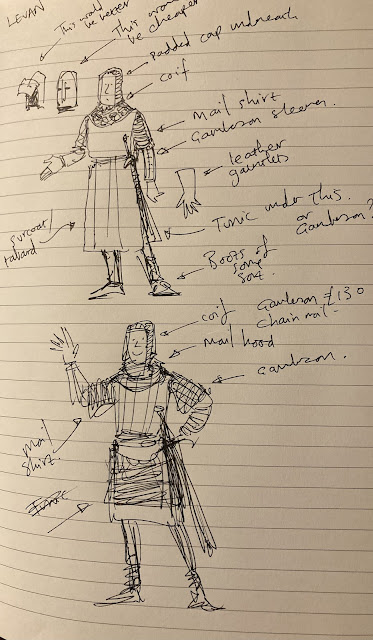 I’ve already cast the lady-in-waiting role (with a brilliant comic actress) but for the principle cast I still need a Gwenevere and a  young knight. Ideally they’ll be local to the Dartmoor/South Devon area, since bringing people in from much further afield will make rehearsals difficult and eat up chunks of budget which I’d prefer to spend on costumes and props. Some acting experience would be useful, and a knight who knows how to ride would be good too.

Finally, thank you to everyone who got in touch offering help after my previous post! I’ll definitely be in touch as we lumber into pre-production.