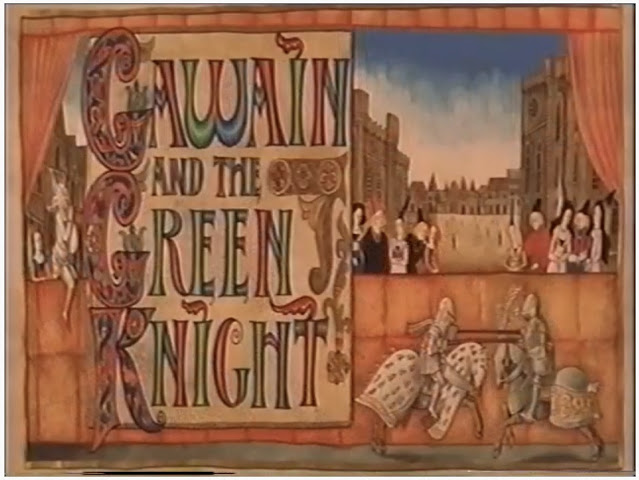 Inspired by the new David Lowery film, I went looking for the version of Gawain and the Green Knight which I remember enjoying on telly back when I was young and impressionable. And I found it on YouTube for free! This was good, because I’m not convinced it would be worth paying for. But it was interesting, and my word, what a cast -  Anthony Sharpe, Ronald Lacey, Pauline Letts, Robert Hardy, Geoffrey Bayldon, Murray Melvin - the cream of mid-tier 1970s British thespery, all slicing it thick and serving it raw. Nigel Green is on particularly fine form as the titular jolly green giant, despite being lumbered with a second rate panto costume and a beard-and-bouffant combo that would make a Bee Gee blanch. The opening scene, where he arrives at Camelot to deliver his challenge, feels very close in spirit to the King Arthur stories I encountered growing up.

But the plot quickly veers off-piste. The great Rosemary Sutcliff is credited (mis-spelled) as Script Consultant, and perhaps we have her to thank for the bits that feel like proper Arthuriana. But writer/director Stephen Weeks doesn’t seem much interested in Gawain’s quest, preferring to send him off on a variety of side-missions. Murray Head as Gawain looks like the lead guitarist in a minor prog rock outfit, but otherwise there’s not much of the 1970s about this. It feels as if it could have been made in the ‘40s or ‘50s, and I suspect Stephen Weeks was aiming for the swash and buckle of Errol Flynn’s Robin Hood. Some of the fight scenes are pretty well done, I think, but there are too many of them, and it all ends up feeling rather conventional. The interiors are under-dressed and over-lit, and the clothes look like repertory theatre Shakespeare costumes. On the plus side, Ron Godwin’s main theme is a lovely bit of British Light Classical faux medievalism,  there are some excellent wintry woods and Welsh waterfalls, and Castel Coch looks fantastic in the backlit mist. Every now and then there’s an image that feels properly Arthurian, like an Alan Lee painting come to life: I can see why it appealed to me at twelve or thirteen. 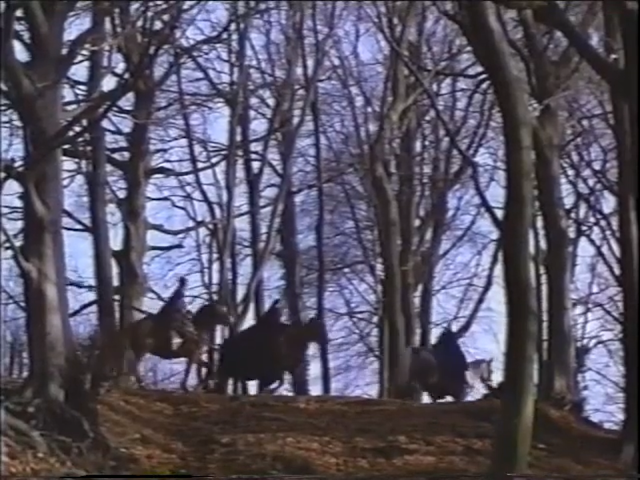 But the story gets lost, just as it does in the recent film. Linnet gives Gawain a green girdle, but it’s a love token and carries none of the symbolic weight of the one in the poem. Sir Bertilak is just a good egg.   Gawain acquires a squire called Humphrey (David Leland) who doesn’t have much to do and vanishes for long periods when the plot demands it. He also finds a love interest in the form of an enchantress called Linnet (Ciaran Madden), so his solitary quest gets a bit overcrowded (although there’s a good section in the middle where he does wander about on his own in the mountains). The final meeting in the Green Chapel has a certain frisson, but the ending is fumbled again.

So the definitive Gawain film is still waiting to be made. If I could think of a way to do Camelot on a tight budget, I’d have a go myself. 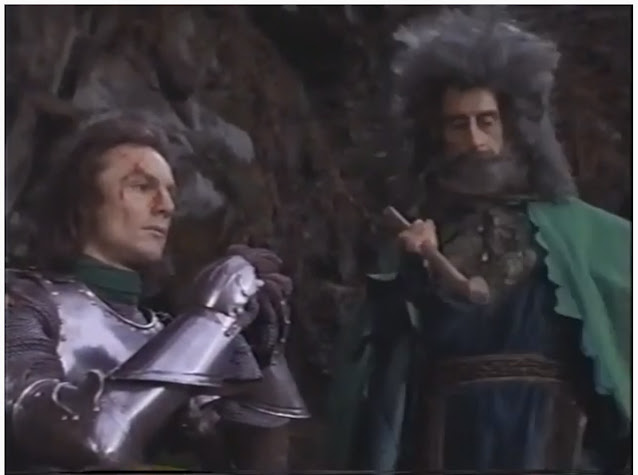 (Oddly, Stephen Weeks remade this film in the mid-eighties as Sword of the Valiant, with Sean Connery in the Green Knight role. I’ve never seen it, but it’s supposed to be really bad...)