Utterly Dark and the Heart of the Wild

September 01, 2022
The second Utterly Dark book, Utterly Dark and the Heart of the Wild, is published in the UK today! Here’s the magnificent cover illustration by Paddy Donnelly. 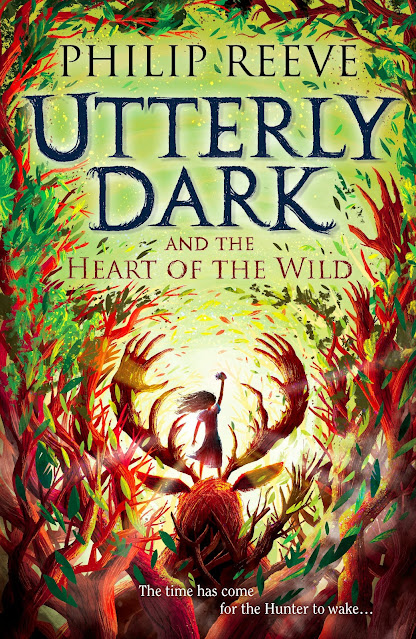 As you can probably tell from Paddy’s artwork, this book isn’t concerned so much with the sea, which is what the first one was all about. This time, just when you thought it was safe to go back in the water, it is…  But on dry land, magical trouble is lurking.
As usual I hadn’t planned on writing a series, and it was only when Utterly Dark and the Face of the Deep was done and dusted that I started wondering if she could have more adventures. I wanted to know a bit more about Egg, so he gets more to do in this book, and there’s more of Will and Aish too. I grew very fond of all those characters while I was writing the first book, and I’d have been quite happy writing a sequel in which they just sat around and talked and went for walks on the beach, but I guess readers prefer it if something happens too, so I’ve thrown them into a new adventure featuring a bunch of new characters, and a whole new island. I felt this one leans into the humour more than the first, but a couple of people who have read it think it’s darker, so what do I know? 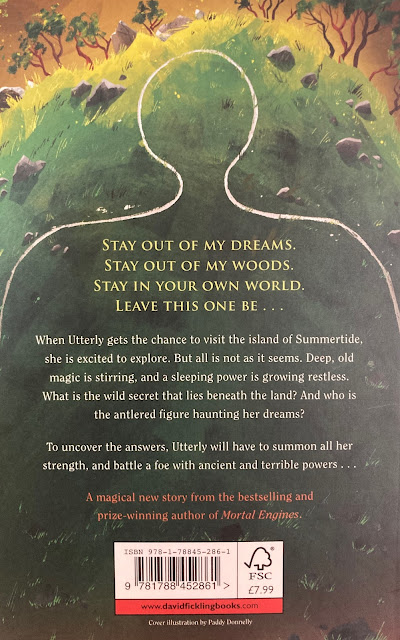 Utterly’s home on the island of Wildsea, where the first book took place, is very much inspired by Dartmoor and Cornwall, so to give this second story a different atmosphere I decided to move the action to a different island - Wildsea is part of a whole archipelago, the Autumn Isles, and Utterly and her uncle Will are visiting Summertide, which is much more like Sussex or Wiltshire. It’s inspired by the downs behind Brighton, where I grew up, by visits to Wiltshire (Wayland’s Smithy, Avebury, Silbury Hill). The paintings of the Wiltshire-based artist David Inshaw stuck in my mind - this one in particular, which I had a postcard of as a student, with the twilight moon hanging over the downland in the background and that white track leading up to it.  (I could only find this rather small and washed out image of it online - check out the link above for better pictures of other paintings.) 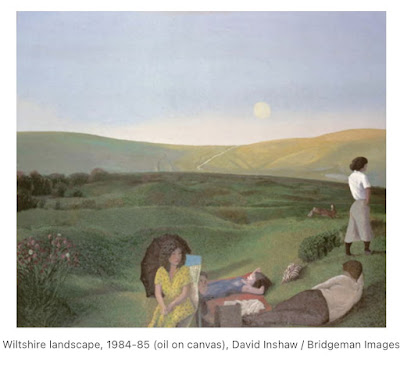 I’ve given the name Inshaw to the distant relative who has called Uncle Will in to advise him on a troublesome stone circle. The Inshaw estate is at a place called Barrowchurch, a downland valley which comes complete with all the ingredients for supernatural shenanigans, including an ancient burial mound, a chalk hill figure, and a sinister vicar. And needless to say there is also ancient magic, roused from its long slumber by the events of Utterly Dark and the Face of the Deep, which is stirring and getting ready to make life difficult for locals and visitors alike…
Utterly Dark and the Heart of the Wild is published by David Fickling Books, and edited (like all my books these days) by Liz Cross. There’s also an audiobook, published by Bolinda and brilliantly read by Barnaby Edwards. If you’re in Devon, I’ll be talking about Utterly in this event organised by the Eastgate Bookshop in Totnes on Saturday 3rd September. 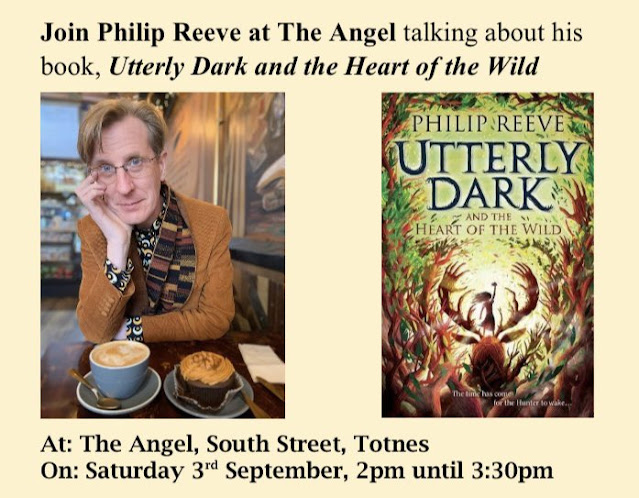