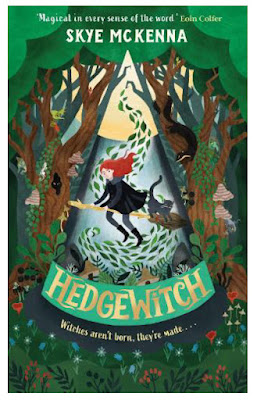 Young Cassandra Morgan, daughter of missing mother, escapes her grim boarding school and ends up living with her aunt in the visit of Hedgely, which is mapped in exquisite detail by illustrator Tomislav Tomic.* (I think he’s done some illustrations to the text too, but they don’t feature in my proof copy. I wish he’d been allowed to do the cover, too.) 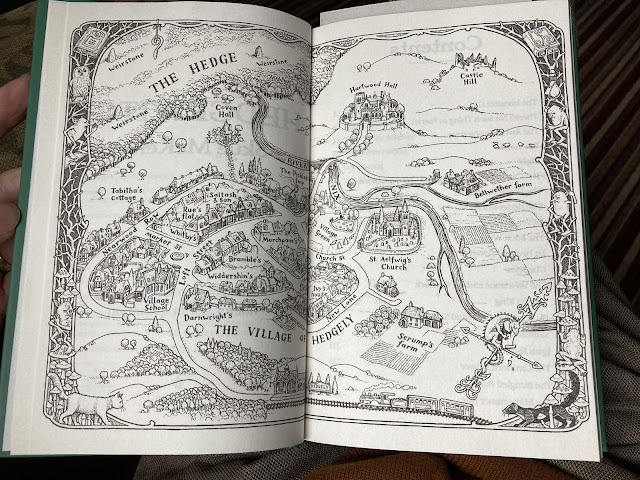 Cassandra’s family, it turns out, are witches, whose job it is to keep everyone safe from the fae who dwell on the far side of a weird stretch of forest called the Hedge. We seem to be in a Jonathan Strange-ish alternate Britain, where a cold war between faeries and humans is starting to hot up as the mysterious Erl King gathers his power beyond the Hedge.

With its very English shops and customs, and its dangerous border with the wild, Hedgeley is reminiscent of both Tolkien’s Shire and Hope Mirlees’s Lud-in-the-Mist. In fact, the whole book is reminiscent of lots of things: the Girl Guides-like coven Cassandra joins is a bit Harry Potter, the slap-up feasts they enjoy remind me of the Famous Five, and the Hedge itself, with all its perils and marvels, is a little like the Forest Sauvage in TH White’s The Sword in the Stone (Merlin himself even appears, in arboreal form).  Skye McKenna’s take on these familiar themes feels very fresh, but also tremendously old fashioned in the best way, like a book I might have picked up when I was nine. If I had, I would have loved it; The whole thing bounds along at a cracking pace, with broomstick flights, bungling goblin kidnappers, spells, familiars, faeries good, bad, and in between, until it reaches a conclusion which is satisfying while leaving plenty of loose threads for further books to gather up. I shall be looking forward to them.

Hedgewitch will published by Welbeck on 14th April.