Kevin vs the Unicorns 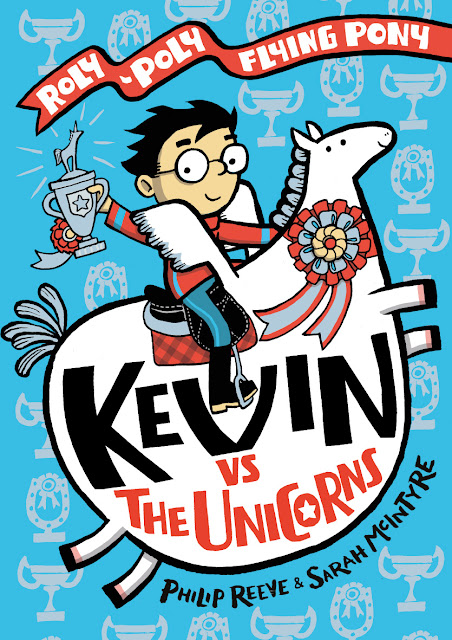 I’ve been so busy trying to point people in the direction of Utterly Dark recently that I’ve forgotten to mention I have ANOTHER book out: Kevin vs the Unicorns. It’s my eighth book with co-writer/illustrator Sarah McIntyre and our fourth story about Kevin, the Roly Poly Flying Pony, and the various goofballs he encounters in the town of Bumbleford. 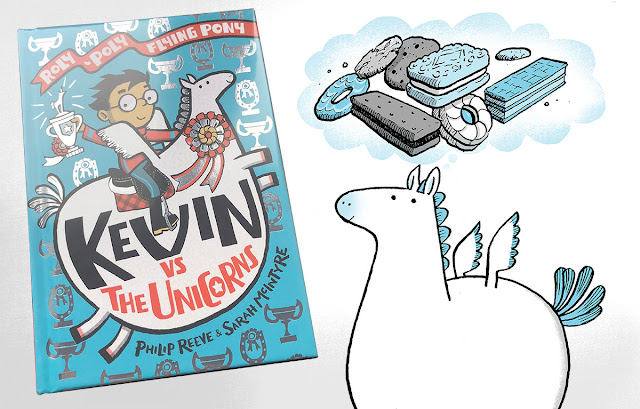 Kevin vs the Unicorns sees Kevin and his friends Max and Daisy discovering the existence of a Magical Pony Club, consisting of snooty unicorns and their even snootier riders. Goaded into entering their steeplechase, Kevin looks set to be humiliated… But, as so often in Bumbleford, SHENANIGANS are afoot, in the form of a cunning attempt to steal the club’s valuable Periwinkle Cup. Can Kevin save the day? 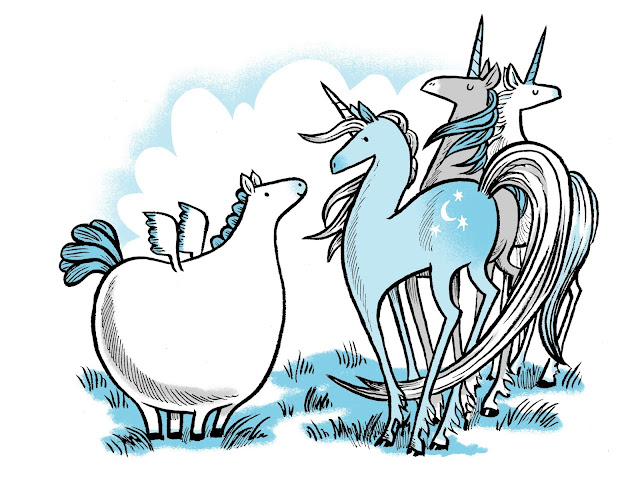 Well, he probably can, but the RPFP books are more about how the day is saved, and what stupid jokes we can cram in along the way. I think the stories have been getting funnier, from the quite gentle humour of The Legend of Kevin to the manic guinea pig car chase hi-Jinks of Kevin and the Biscuit Bandit, and I think Kevin vs the Unicorns is the funniest so far. Much giggling was had while we wrote and illustrated it, anyway - we amuse ourselves, if no one else.

Needless to say, none of it would have been possible without the team at Oxford University Press - here’s designer Holly Fulbrook, editor Clare Whitston (now freelance, if you're in need of top-notch editing skills), and our tireless publicist Liz Scott - it’s been a pleasure to work with them all.

And we’ve taken the liberty of dedicating this book to all the booksellers, without whom all this book-writing and publishing lark would be pretty pointless. It’s been great over the past couple of years to see lots of new, independent bookshops opening in the small towns near me - and then not so great to see them all forced to close for months on end because of the pandemic. Watching the ingenious ways they’ve navigated these choppy waters is what led us to do the #ReeveAndMcIntyreBigUpBookshops virtual tour, and it’s also inspired the banner Neville and Beyoncé are holding aloft on the imprint page. If you're buying Kevin vs the Unicorns* and you have the option, please buy from your nearest indie. (There's a handy list here.)

*Other books are available.

Sarah has a whole load of Kevin related activities on her website, including a classroom pack developed with teacher Claire Williams for anyone wanting to use the book in schools. 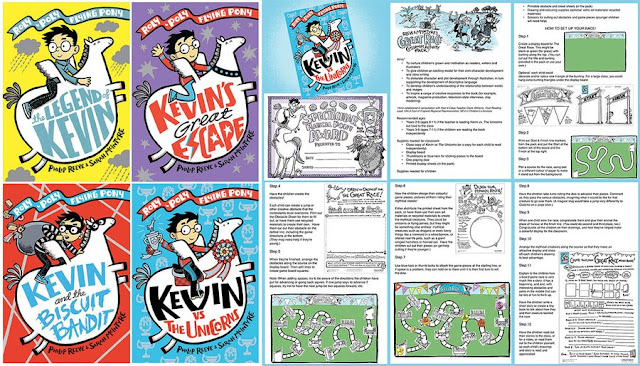 There's also this IMPRESSIVE CERTIFICATE which you can print out and award yourself when you've won a race, read a book, put the bins out, or whatever. Impress your friends by framing it for the wall of your office or toilet! 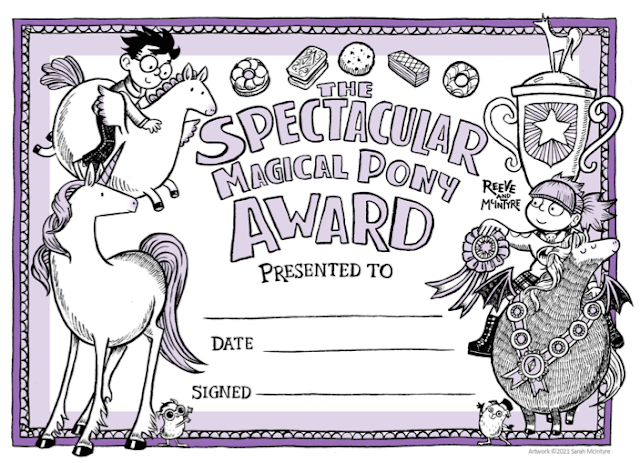 We hope you enjoy Kevin vs the Unicorns. News about the next Reeve & McIntyre project will be coming soon...