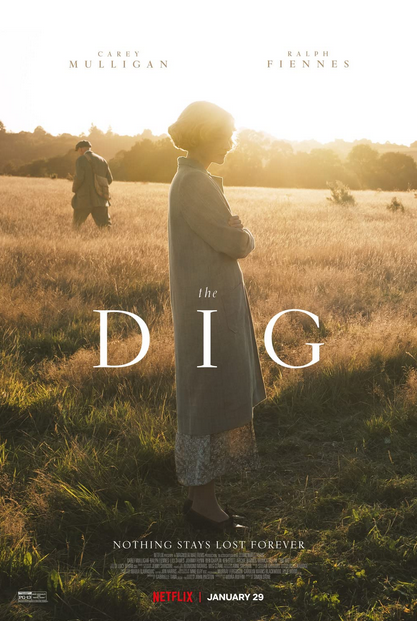 I don’t tend to associate 21st Century British films with a deep sense of landscape. Don't @ me - I know I’m probably ignoring all sorts of bracingly challenging art house offerings, and I’m aware there’s a whole genre called ‘folk horror’ built around the deep unease which grips townies when they find themselves anywhere that doesn’t have street lights, but most of the more mainstream Brit-pics that cross my radar are set on estates. Sometimes they’re estates of the council variety, where chipper youngsters fresh from drama school are struggling against homophobia or racism to make a name for themselves as dancers, footballers, or singers. Sometimes they’re estates of the Balmoral, Sandringham, or Castle Howard sort, where slightly more established actresses in empire-line frocks are emoting their way through another Jane Austen, or Judi Dench is being Queen Victoria again. But whichever sort of estate it is, the setting is seldom much more than a backdrop: I don’t think the first image that springs to mind when you think of Billy Elliot or Emma is a landscape.

So Simon Stone's film The Dig, about the discovery and excavation of the Sutton Hoo ship burial, struck me as a welcome departure. Filled with the light and space of Suffolk, it has something of that elegaic English landscape tradition which echoes through the paintings of Eric Ravilious and John Nash.

In the summer of 1939 Edith Pretty (Carey Mulligan), the owner of the estate on which the Sutton Hoo burial mounds are situated, hires self-taught local archaeologist Basil Brown (Ralph Fiennes) to see what’s inside them. He gets digging, and eventually locates a Saxon ship. (There’s a good piece here about the excavation, and how the film recreates it.) The looming war, and Edith’s failing health, provide a sense of melancholy, emphasised by the photography and rhythms of the editing. This whole first half of the film is beautifully sustained, and beautifully shot. If Terrence Malick had directed an episode of Detectorists, this is what it would look like - the long tracking shots, the jump cuts, the sense of fractured time, the use of natural evening light, the handheld camera following people through fields, the actors placed so often against the sun.

Then, with the ship discovered, trouble arrives in the form of Ken Stott’s bumptious archaeologist, bringing with him a team from the British Museum. Brown’s obsessive, private excavation is spoiled, and so in some ways is the film. One of the archaeologists, Piggot (Ben Chaplin), has his young wife Peggy in tow (Lily James) who is also an archaeologist. But Piggot is gay, and Peggy finds consolation in the form of Johnny Flynn, a handsome young relative of Mrs Pretty's who has obligingly popped over on his motorbike to take photos and star in a contrived romantic sub-plot.

Suddenly The Dig starts digging itself into a hole. I suppose it has to expand, has to bring in more characters, but the overlapping storylines which jostle for attention in the second half feel fake and heavy-handed. The dialogue becomes as implausible and exposition-heavy as The Crown. The scenes explaining the Piggots' sexless marriage are as clunkingly staged as something from  Downton Abbey. The disdain of the British Museum bods for the self-educated Brown are handled without much more subtlety. It all feels fake, and it doesn't take a lot of Googling to learn that a lot of it is - Flynn's character is fictional, James's bears little resemblance to the real Peggy Piggot. It shgouldn't matter that they're inventions, but they feel invented, so it does. The film has lost its focus. The photography is still lambent, there are some nice scenes, the cast gamely do their best to paper over the joins in the script, but the magic of the first hour is gone.

Leaving us to wonder - is it deliberate? Perhaps the luminous, impressionistic first half represents Brown’s instinctive methods and the elation and freedom of the initial discovery, while the more pedestrian second half reflects the dead hand of authority and convention clamping down? Perhaps the way Brown's quiet storyline gets overshadowed by the more conventional soap opera stuff echoes the way the establishment types tried to deny him credit? It’s a bold move if so - to start as poetry and end in boilerplate prose. But I suspect it’s more likely the case that film makers, like eccentric archaeologists, are seldom allowed to have their own way, or to complete their own projects as they see fit. Sooner or later, some Londoner in a suit will always come blundering in to tell them that’s not how things are done.

(The Dig is available on Netflix UK, and well worth a watch despite my reservations. )

September 06, 2020
In order to save my website it became necessary to destroy it. Before I pulled the plug I rescued the longest post on my old blog. Here it is, like the lone survivor of a shipwreck: my A-Z guide to the ideas behind my novel Railhead. At the time it was written, Railhead had just been published. I'll be putting up some posts about the sequels, Black Light Express and Station Zero , in the coming days. Railhead cover art by Ian McQue A  is for Alternative Forms of Transport ‘What I need,’ I thought, when I’d been struggling on and off for a few years with my space epic (working title, ‘Space Epic’) ‘is an alternative to spaceships…’ I’ve always enjoyed space stories. I first started reading science fiction back in 1977, when the original Star Wars film made me realise that outer space could be just as good a backdrop for fantasy as Tolkien-esque worlds of myth and legend. (Actually, I didn’t see Star Wars until 1978, but its bow-wave of publicity hit these shores the p
1 comment
Read more

November 01, 2020
Walter Tevis was an interesting writer, and an exceptionally good one. I don’t think he’s exactly a household name, but several of his books were turned into movies which are - The Hustler (and it’s sequel The Colour of Money ) and The Man Who Fell To Earth . As a teenage sci-fi afficionado I knew him for the latter, and for a handful of good SF stories. Which must be why, sometime in the eighties I picked up a copy of The Queen’s Gambit. I don’t recall much about it except that it was a real page-turner: a memory of the grotty living room of my student house where I sat up all night reading it came back to me powerfully when I saw that it’s been adapted as a Netflix series. Since The Hustler and The Colour of Money are about the lives of professional pool players there’s an obvious thematic connection to The Queen’s Gambit , which is about a world-class chess player. But it also has a lot in common with The Man Who Fell To Earth , another story about a not-quite-human genius laid l
Post a Comment
Read more